Mark Twain and the Pyramids 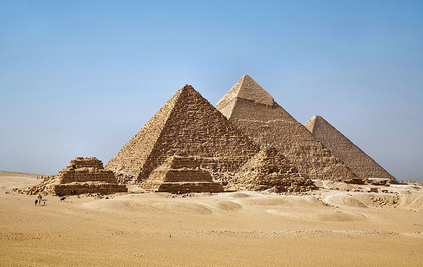 A little bit of history that Americans in particular may enjoy. I used a journal of Mark Twain’s travels through the African continent to get some of my background. Though I put the hotel he stayed at, the Hotel Orient, into my story, I’m not sure it still existed in 1910. He described riding a donkey to visit the pyramids and climbing a pyramid—both of these episodes ended up in Rough Surrender. You cannot climb the pyramids anymore due to the dangers of damage to these wonderful structures. Some people have done so illegally, and placed videos on youtube, which is where I obtained some of my ideas as to how it would look from the top. The internet is a great place for digging up strange facts. Just don’t go trying to climb them please. I can imagine all those bits of stone wearing away from human feet. Ugh.

I also found a blog on the net describing a journey by a woman called Marjorie to see the pyramids at Giza around 1903. This even features a description of the view from the top of the pyramid. Unfortunately I have lost the link. These details are in the story also. I find it incredible to see this through the eyes of someone who lived over 100 years ago, from a long-lost, or at least little studied, journal entry that has ended up on the internet.
A quote from her journal:
~~~~~~~
But oh! the view is worth it. And wasn’t it nice.  It was quite cool and shady going up and then just as I reached the top the sun came out and gave me the perfect outlook.  There was the little mud village of Kaffra at my feet near the huge rough mass of the second pyramid;  then further on, the sphinx – her proud head almost hidden by the sand hills – and still beyond, the great flat nothingness of the dessert – stretching in waves of pinkish yellow sand to the horizon. On the other side it was all so totally different, for there the wonderful old Nile held sway and the country was green with foliage and dotted over with date palms.  And then there was the long straight avenue of Lebbec trees and way in the distance the minarets of the citadel mosque.  I could have stayed forever.