Baron Empain’s Palace and the Boulevarde of Palaces 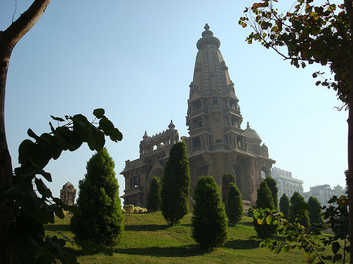 shared under creative commons - click to see source
Helipolis is a suburb of Cairo that was built around 1910 to very modern standards, with plumbing, electricity, a tramway, a race course or Hippodrome, an airfield (aerodrome) and a whole street of palaces. Before this happened, it was simply desert. The nouveau and the ancient rich bought land and built their dwellings in Heliopolis.

The stairway inside is stunning, and gobsmacked me when I first saw it—awesome for a smallish private dwelling.
http://curious-places.blogspot.com.au/2011/03/baron-empain-palace-cairo-egypt.html
Of course the Baron was the man behind the construction of Heliopolis, so he was definitely a get up and go person. His influence is even seen in that great week of the meeting of pilots in 1910 which is featured in Rough Surrender. One of the main prizes was supplied by the Baron - the Prix du Baron Empain.

Below is a little map showing some of the features of Heliopolis. If you lived there, like Leonhardt Meisner does, you would be rubbing shoulders with the rich and famous. I loved the idea of having a setting with a whole damn street of palaces.
If you do a google search you find a huge plethora of images for his palace. Go look and be stunned! 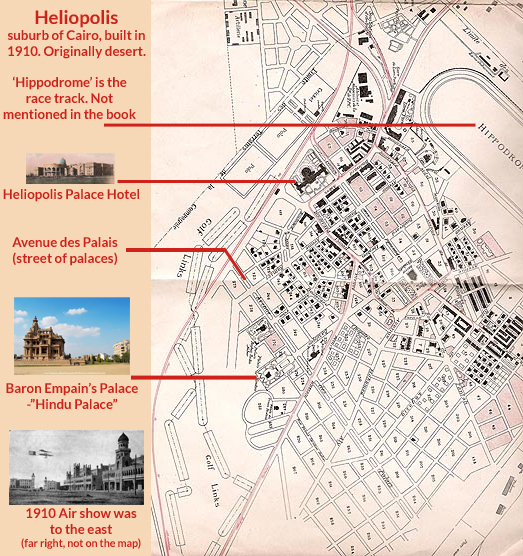 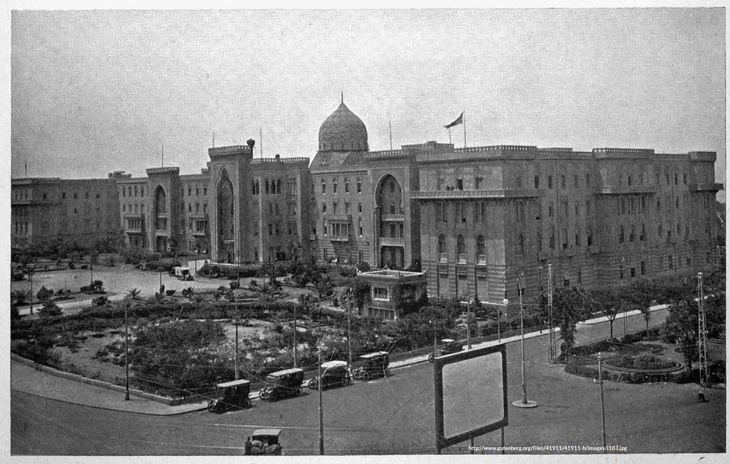 Here are some pics of the Heliopolis Palace Hotel.
Below is also one taken in 1910 at the time of the air show, of a plane flying over downtown Heliopolis.
Powered by